The countdown continues until race day in Tokyo and my return to marathon running.  I am busy with preparations for the trip and finishing up my training.  Last week I read the Tokyo Marathon Runner Handbook – a 20-page guide to anything and everything the runners and even spectators will need to know about the Expo and the race.  As one can expect with any large marathon, there is lots of important information about bib/packet pickup, corrals, and, more importantly, restrictions.

One of the restrictions is that runners are not permitted to carry any fluids, i.e., no hydration belts.  I had not seen anything about this restriction before, though I could have missed it.  When I read this restriction (which I later confirmed with the race director), I had a small panic attack.  I have heard stories of races (not the Tokyo Marathon but other races) running out of water and I never wanted to be in the position of needing fluids but not being able to get any.  I have never run a race without my own water or Nuun for this reason. 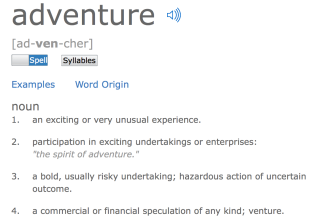 After my moment of panic, I collected myself and started thinking of how to deal with not having my own fluids. Remember runners never do anything different on race day.  This is out of my control.  I have to either deal with it or not run the race.  But this race is going to be an adventure and an adventure, according to the dictionary.com definition, is “a bold, usually risky undertaking; hazardous action of uncertain outcome.” I am going to be outside my comfort zone.  I won’t become a better runner unless I challenge myself a little.

This past weekend I was scheduled to run my last long run, 20 miles.  I decided that during my long run, I would only take fluids at the corresponding mile for each of the water stops.  This would give me the opportunity to train my body to only take fluids at those points.  Although the weather had improved, I decided to run on the treadmill so I could more easily see when I reached a “water stop”.  I followed advice from Jeff Galloway and started out running about 30 seconds a mile slower than I expected to run at the finish.  That was a reasonable approach since the course will be very crowded at the start.

I broke my run up into three segments of 7 miles, 7 miles, and 6 miles.  Jeff has said that “you can’t run a long run too slowly or take too many walk breaks.  You’ll get the same endurance based upon the distance covered.”  I decided to take my walk breaks by walking around the room.  Between segments, I popped downstairs to check in with my husband before heading back up to the treadmill.

For the first few “water stops” I would anxiously watch the distance meter on the treadmill and grab a water bottle as soon as I hit the mileage for the stop.  My brain, which normally focuses  on how many more miles until I finish the run, was focused on how many more miles until the next water stop.  I also noticed that I was taking fluids differently than when I carry my own hydration.  I am a constant sipper when I carry my own fluids.   Consequently, I usually drink too much and end up in a line for a port-a-potty.  With the “Tokyo water stop” plan, I was taking one good long drink at each stop and I never had to stop for a bio-break.

By the end of my training run, I felt confident I will do well in Tokyo even without my own hydration belt.  If this was going to be a warm weather race, I probably would still be concerned.  But the temperatures in Tokyo will be in the 40s and 50s (and possibly in the 30s when we are huddled at the start line).

The Tokyo Marathon will be different from any race I have run so far.  But it is exactly what I am looking for – it’s an adventure!